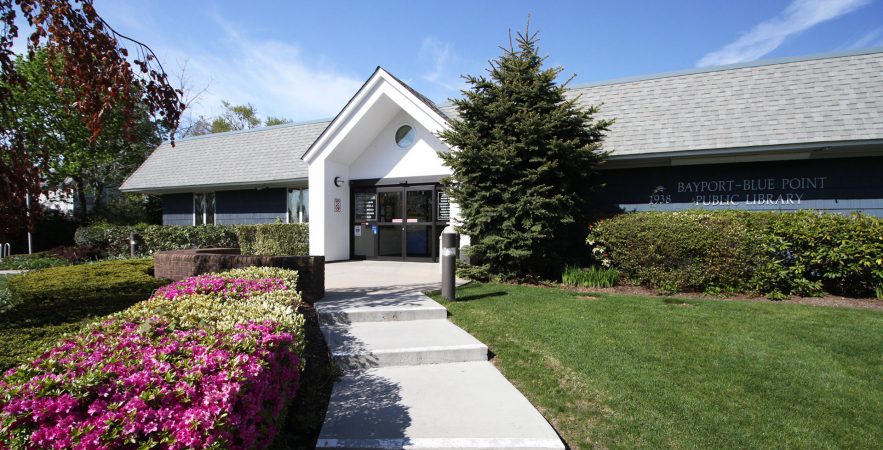 Click to view updated drawings for the new library project!

We’re pleased to report that the Library Board has taken several positive steps over the past few months toward converting the former St. Ursuline Center into the new Bayport-Blue Point Library.

After incorporating community feedback during May 8, June 12, and July 10, 2019 public meetings, BBS Architects submitted final drawings to the State Education Department (SED) in two phases. Phase one (exterior site work) was submitted in early August and the second phase (complete construction plans) in mid-September. Once SED completes its review and approves the plans – which we expect to occur between October and December – the Department would then issue the necessary building permits.

Once these permits are in hand, the public bidding process would begin. In early 2020, awards would go to the lowest responsible bidders. Construction would then be estimated to take between 13 and 15 months. Barring unexpected developments, that would mean that the project could be completed in mid-2021.

In addition, at our August 14, 2019 board meeting, we agreed to lease the Library Annex on the former St. Ursuline Center property to the Johnny Mac Foundation. The Foundation, a 501(c)(3) not-for-profit organization, honors the memory of FDNY firefighter and Blue Point resident John McNamara, who died in 2009 of a 9/11-related cancer.

This lease agreement not only fulfills the board’s commitment to try to collaborate with local organizations, but also helps to offset the cost of the new library while paying tribute to the memory and mission of a beloved and brave member of our community.

As always, if you have any questions or concerns, you can reach out to the library director, Mike Firestone, at mike@bbplibrary.org or call 631-363-6133, ext. 12.

Respectfully yours,
The Library Board of Trustees